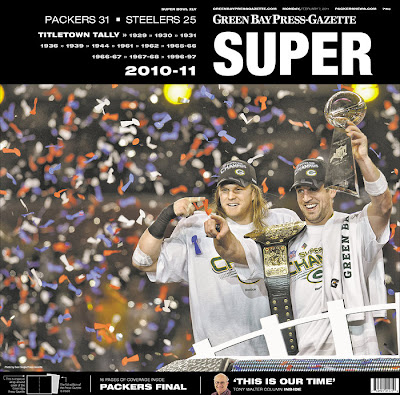 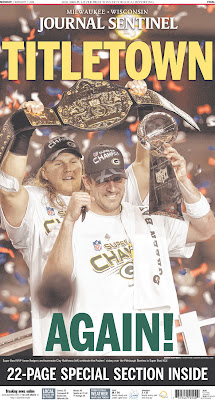 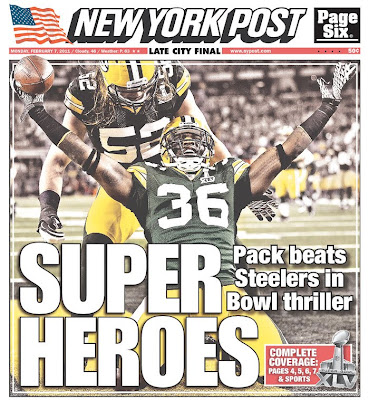 How 'bout that Dome! Love it! And did anyone catch that Bear game? Bear down! Oh yeah, Pack lost sad face.... 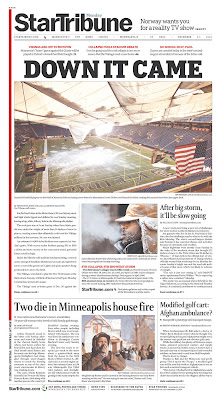 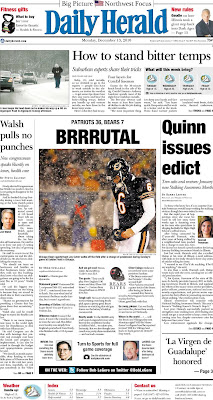 Falling to a Falcon

Not a bad loss as far as loses go. Love the quarterback, where's the running back? Got to clean up the mess and get ready for next week. Here's a snap we took of Aaron Rodgers diving for a first down...he came up short. 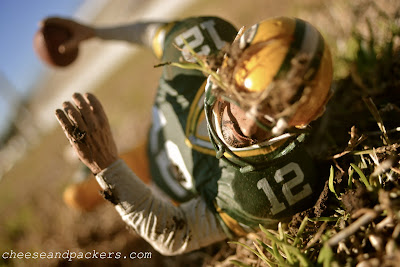 Email ThisBlogThis!Share to TwitterShare to FacebookShare to Pinterest
Labels: Cheese and Packers Pics 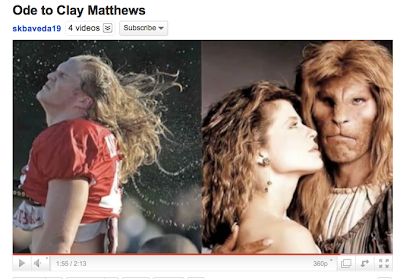 Here's a romantic video on Clay Matthews III that's pretty fun.
Posted by Majikman at 11:18 AM No comments:

Notice the new link on the right....the one with Rodgers "warming up". This will be the new home for the art that we create from our photographers. Football and photographs, together at last. We hope you enjoy! 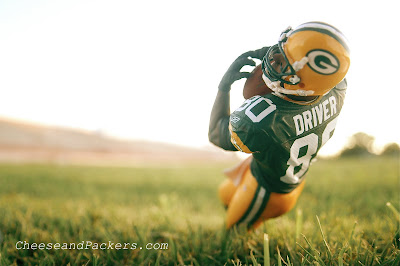 Email ThisBlogThis!Share to TwitterShare to FacebookShare to Pinterest
Labels: Cheese and Packers Pics

SO much to catch up on. Moss leaves Minnesota, Vikings lose to the Pack, Chilly gets fired and Favre sucks. Here's some headlines: 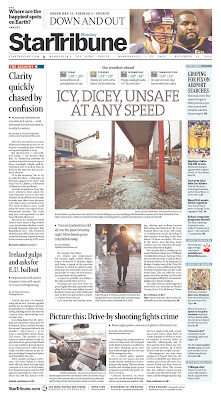 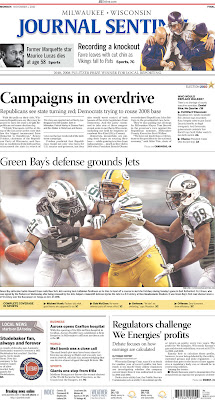 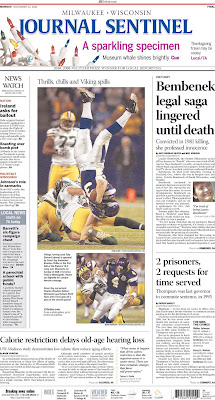 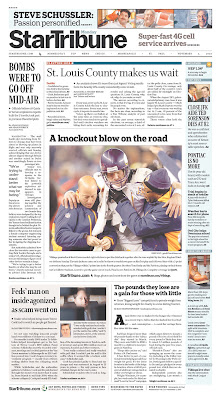 Posted by Majikman at 9:52 PM No comments:

Beauty and the Modern Girl

The Packers won a game today in a fashion I've never seen before. Granted I'm a newbie in the Packer Fandom world, I've only been following the team since 1991. I've seen a lot of wins. Blowouts, nail biters, defensive gems, steals and the like, but I've never seen a game quite like this. I found it to be beautiful, but it appears many folks have decided it was an ugly game and win.

Frankly I've been hoping for a day like this. A day when I feel safe with the defense on the field. A day when the guys who backpedal are the most reliable option. I realize there was some ugliness. Receivers on both teams dropped passes. Quarterbacks missed reads and throws. I get that. But part of that - the happy feet, the anxiousness, is tied to the defense both teams were playing. I expected the Jets to play well on that side of the ball, it's what they do, but I didn't expect to see the Packers defense dominate in such a way. I don't mean over the Jets offense, which is one dimensional, but over the Jets defense. If you had to rank the units for each team and how well they played it would have to look like this:

So tell me, when was the last time you can recall that the Packers D and special teams were the entire reason for a win? Go ahead, I'll wait. Do your research. Nothing? I thought so.

This is shortsighted and in many cases just flat out wrong. Yeah, Santonio Holmes and James Jones dropping passes that could have been big gainers is ugly, but Clay Matthews III picking up a sack late in the game to force 4th down? Beautiful. It's not about perfection. Receivers drop passes every week, it's just part of the game. If you read anyone saying this game was ugly just remember this means it was low scoring and move on. That's all.

Sitting at 5-3, and 2-0 in a 3 game stretch that looked daunting when we started feels pretty good doesn't it? I mean, it's downright beautiful, when you think about it.
Posted by MF at 11:29 PM No comments:

BIG win against the Vikings last night. Favre looked horrible, Rodgers looked great, and guess who's tied for first place in the North.... 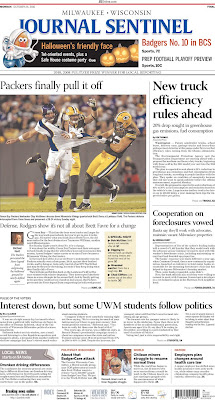 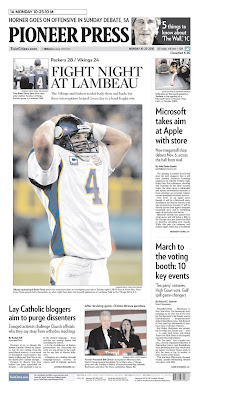